A Change of Scenery

So glad it's September. August was just horrible and I'm hoping to move on to more positive things on the horizon. I don't believe in pity parties or letting anything get you down.  So eff you August, we're moving on up.


So as I develop the royal family drama, it's becoming clear the Zolandia is becoming more important, so I rearranged the doll room (and a half) again. It's a sickness. But I'm very pleased. 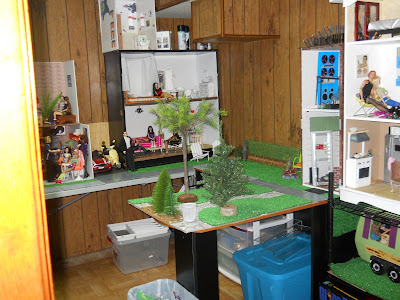 I made a little closet but it's taking up valuable space for no good reason. Here is where the workshop starts, with drawers for clothes and shelves for all sortsa bins and what not. 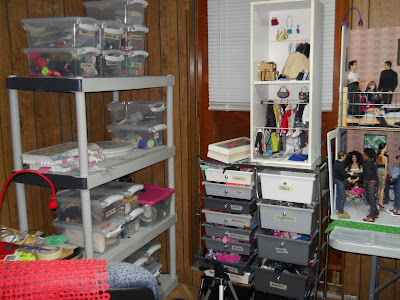 Here's the worktable and beside it where endless junk will accumulate hoping to be doll stuff one day. 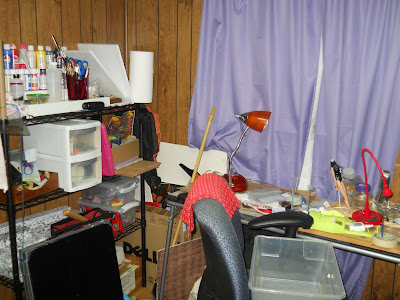 Here is Zolandia. I was looking for the Barbie Diamond Castle forever and the prices are insane, but I found this one pretty cheap. The dome at the top is missing but no big whoop. The normals will live here. The folks that aren't scandalous or tattooed or whatever. 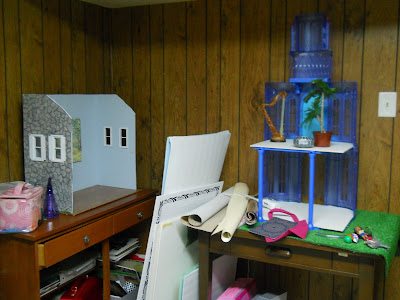 So I got those Hepburn dolls. 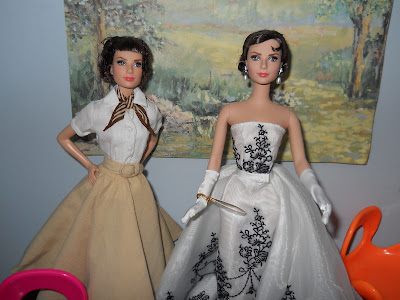 The Silkie is gorgeous. 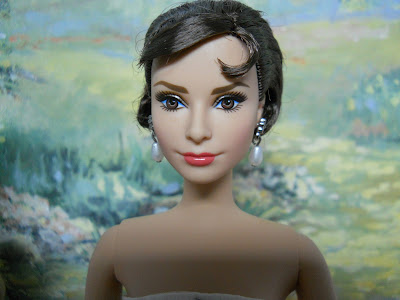 The other one is kinda busted looking. Square head and wonky eyes. Good clothes though. 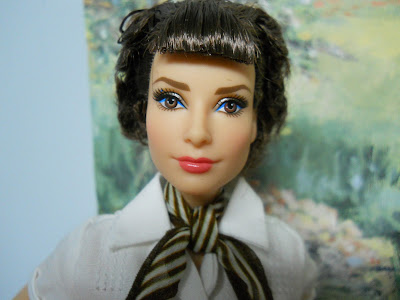 Nice stitching, a real belt and the skirt fabric is better than I expected. 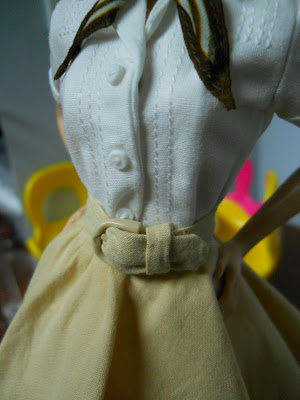 A real kine shirt and panties!  Not a body suit. 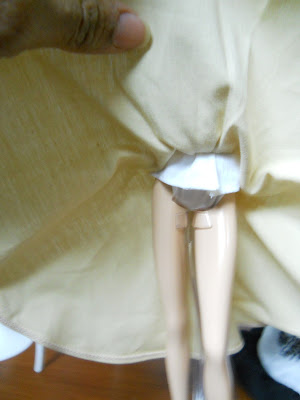 Adorable shoes, even if the heels don't touch the ground. 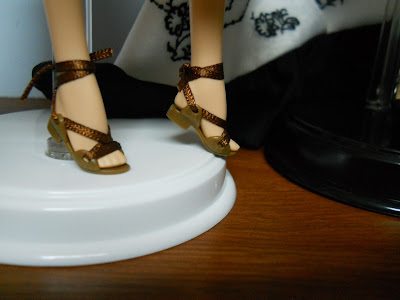 This dress is to die!!!! Beautiful embroidery. 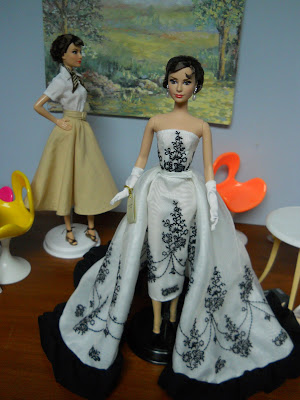 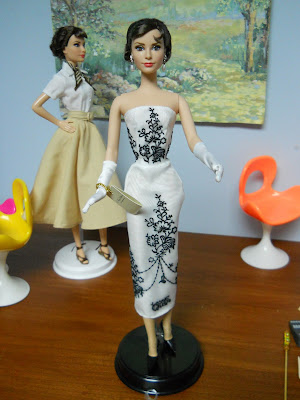 I wasn't impressed with the shoes, but they are a bit different than your typical Barbie shoes of this shape. A bit heftier somehow. 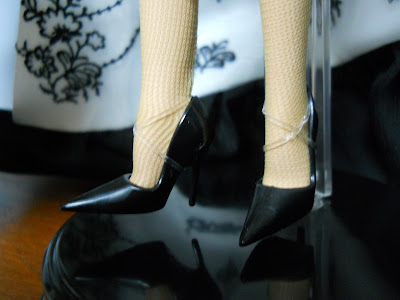 And after about 6 months sitting in a bin with a partial bald head, allow me to reintroduce Tipsey Marlow.

You may remember her as the explosives expert who blew up Hanna's studio. She's also a master of disguise. Now she is in a synth pop band with the man you might know as the Fairy Gothfather. I don't have a name for him yet, but I'm thinking Azrael. 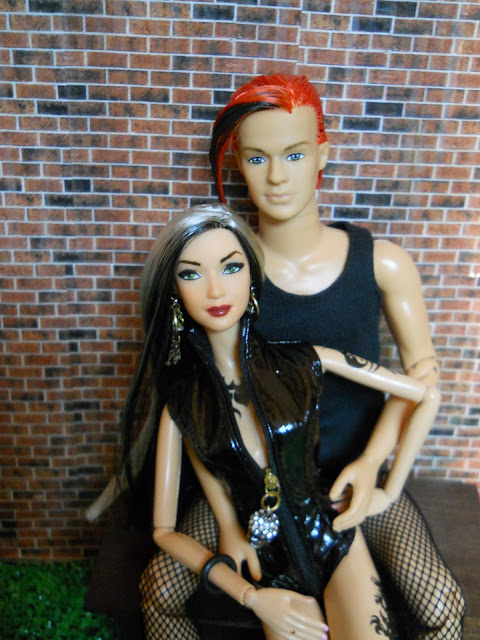 She has been given four tattoos. The one you can't see is a Celtic knot circle on her back. I rerooted her with black and silver. I repainted her eyebrows, lips and the irises of her eyes. Her pupils are kinda jacked up but whatever. Not that noticeable with this craptacular camera. 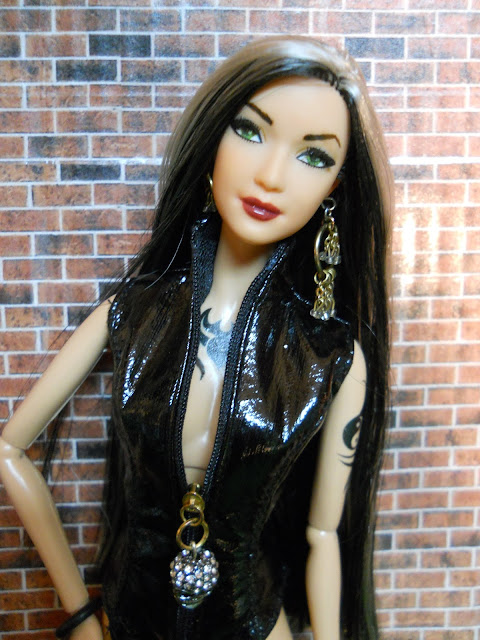 Look for these two fresh pieces of meat in the new, all-scumbag Grandville! 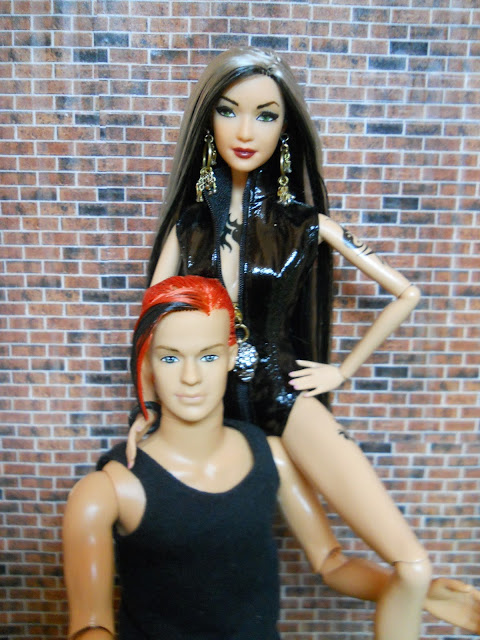